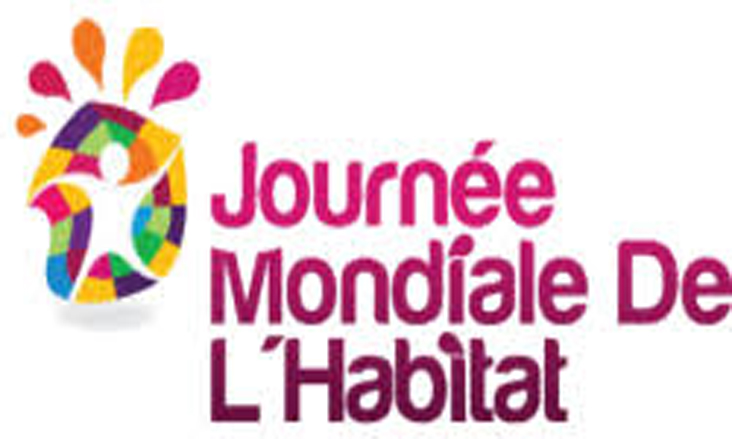 This day is celebrated every first Monday of October. It emphasizes the fundamental right of all to adequate housing and also reminds the international community of its collective responsibility. The themes of the day, chosen each year by the United Nations Human Settlements Program (UN-HABITAT), are designed to promote a sustainable development policy

A safe and healthy environment for all with special attention to the needs of children, young people, women, the elderly and the disabled Affordable and sustainable.

In 2006 and 2008 an awareness meeting marks the event in the prefecture of Grand Kloto. It has been an opportunity to draw people's attention to the extent to which people are migrating to cities; to explain to young people the problems that are encountered in the city in terms of housing and to get them to accept the life of the countryside to curb the phenomenon of migration of populations. MORD has been concerned about the plight of the slum populations and reminded his audience that cities today face enormous problems with housing and socio-sanitary and educational infrastructure. He said that it is in these areas that delinquency, theft, prostitution and the HIV / AIDS pandemic also develop. He also emphasized that he intends to propose solutions with his partners by creating micro-projects; craft centers and framing agricultural groups in the countryside, villages and cantons. (To read in Togo press N ° 7386 of October 12, 2006) In 2008, the Movement held a series of public debates in the rural villages and communes of Greater Kloto and Agou. The "traveling" debates were centered around this year's theme. September 24 in the village of Kpalimé and Yoh in the district of Grand-kloto, and culminated at a major public event in Agou-Kebo. (read in newspaper WORLD HABITAT DAY of October 6, 2008.)

Habitat is at the heart of Goal 11 of the 17 Sustainable Development Goals adopted at the World Summit on Sustainable Development. Its goal is sustainable cities and communities. All in all, the world days allow the media, associations, NGOs etc ... to approach people to gather groups of people to inform them, to educate them, to raise awareness for a positive awareness and a real commitment face to the problems that undermine our societies.